Finding The Right Backswing for YOU!!! 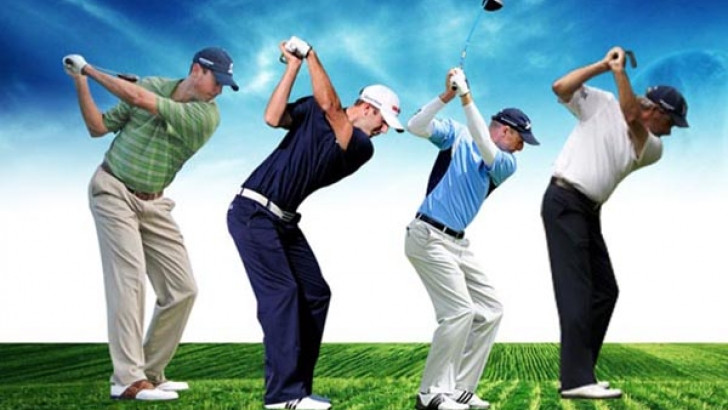 If the backswing was so important to making a golfer strike the ball well and produce a repeatable golf swing then why do the golfers above have different styles at the top of their swing? Is it really a fundamental to playing good golf?

The answer is NO- it isn't a fundamental ... however... the answer could also be a resounding YES.. Yes- because how we position ourselves at the top of the swing can set forth the entire motion of the downswing movement and path to help us produce the desired result.

The important thing here to remember is that we HAVE to find the best top of the swing position for US. The best spot that allows a steady flow of direction change from top to down and ultimately through and beyond to the finish.

If every person is built differently- sees things differently- has differing strengths in certain body areas- has different ball positions and different setup of their equipment, then it stands to reason that trying to make a perfect backswing shouldn't be too high on the priority list of things to really concentrate on whilst over a shot. This is even more true when we consider that the target we are heading for is in front and to the left of us (right handed golfer)... so that forward area is more critical than what is happening back behind us.

This is the very reason I teach students in the order that I do. While it may sound backwards to teach a golfer impact first- then how the legs and feet motion functions secondly and thirdly the through swing to the finish, this order of learning allows them to find the most efficient backswing that leads them back to the important stuff they have already learned.

A great example of this was a student I had several years ago. He had been to over a dozen instructors in his quest to fix his backswing and all to no avail. His backswing was very upright with his hands way above his head- almost to the point where he was looking through his arms down at the ball- through the "church steeple" we called it. After working on my drill one for 20 minutes we went back outside to hit some balls. I filmed his very first swing and then we went back inside to view it on the computer. He laughed. He even tried to say it wasn't him on the screen. I assured him it was since he had the same clothes and hat on. Dumbfounded by how different and "perfect" his backswing now looked he asked "How did you do that?"

It was easy. Whilst all the other instructors were focusing on the poor top of the swing position he was getting into and trying to focus on changing that- I went the other route. I taught him a whole new visual and concept of how delivery and impact functioned and voila- his backswing altered to suit his new found logic of how to strike the ball. 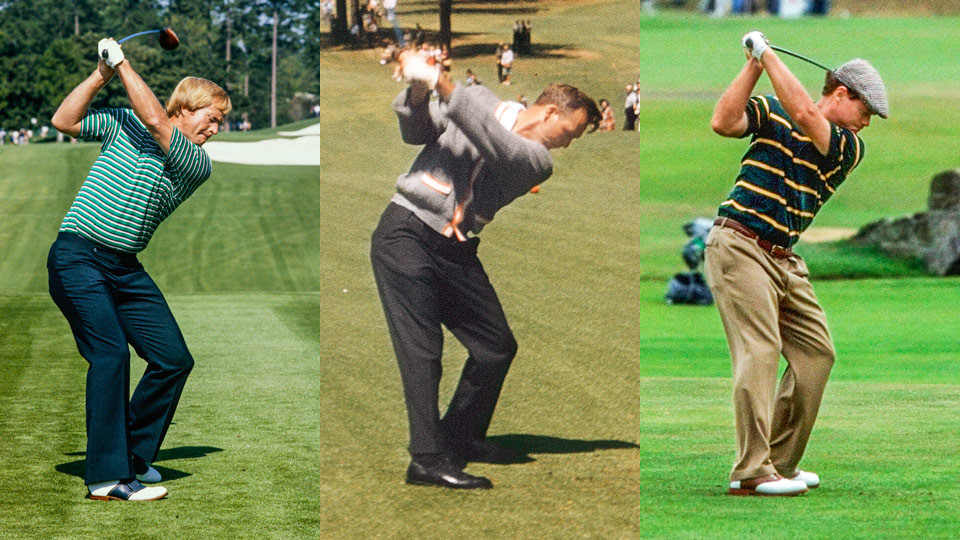 Remember, in the early stages of his career Jack Nicklaus was told he had a flying right elbow and would never make it far as a golfer. Jim Furyk was ridiculed by all and sundry for his loopy takeaway and strange position at the top of the swing.

The moral of the story is- DON'T obsess with making a textbook back swing. The backswing is easy to see because it is slower and a position orientated area and why many golfers and instructors pay so much attention to it- but the more important part of the swing is the blur- the area we strike the ball in.  Fix the blur and the backswing will mold to suit

WHAT ARE THE KEYS TO A GOOD BACKSWING?

1)  The backswing is really about creating room. We need space to be able to fall down into on the transition and downswing to be able to smoothly get back to the area where the real ball hitting business begins.  The less space we have for our arms the more we have the fight the club down with the hands and arms and the proper sequence of how the body and club move is broken.

2)   We want to get into the right heel and right hip- load and store some weight and pressure around those support posts. To be able to shift weight through the strike and end up in a full accelerating finish there has to be pressure in the right side. You have to be behind the ball to be able to move weight through the ball. So don't be afraid to get into your right side. Swaying the upper body over doesn’t count and should be avoided!!! Shoulder turn around the right hip and leg is what you are striving for. Done well the body will balance itself nicely- even raising the left heel up near the top of the backswing- giving us an even better way to start down/fall down into our downswing by replanting the left heel to get the legs working rather than using the hands and arms to initiate the transition from backswing to downswing.

3)  Point the club somewhere towards where your mind's eye thinks the target is. It is better to point it where you think you are going rather than trying to point it perfectly. The golf hall of fame in St Augustine Florida is filled with great golfers who crossed the line at the top- who laid it off at the top- who were upright- some were flat- some used long backswings and some used shorter backswings. All these choices were relative to allowing them the best possible route for them to get back on the right path to impact and get the clubface square to the strike- based on knowing impact first and foremost.

4)   Learn the proper entry to impact- I discuss this with my drill one- which is called drill one for that very reason. Learn that and then the rest of the swing can form and take shape. Just like my student who was backswing obsessed rather than an impact believer.

The golf swing is constantly moving. There are no stop and start positions- only pass through points.   So don't get too concerned about the backswing. Read through the backswing guidelines above and even focus on them in reverse order. Get the 4th rule correct. Then the 3rd then the 2nd and ultimately the first guideline will almost form on it's own accord.