Set Up- Different Clubs- What Changes? 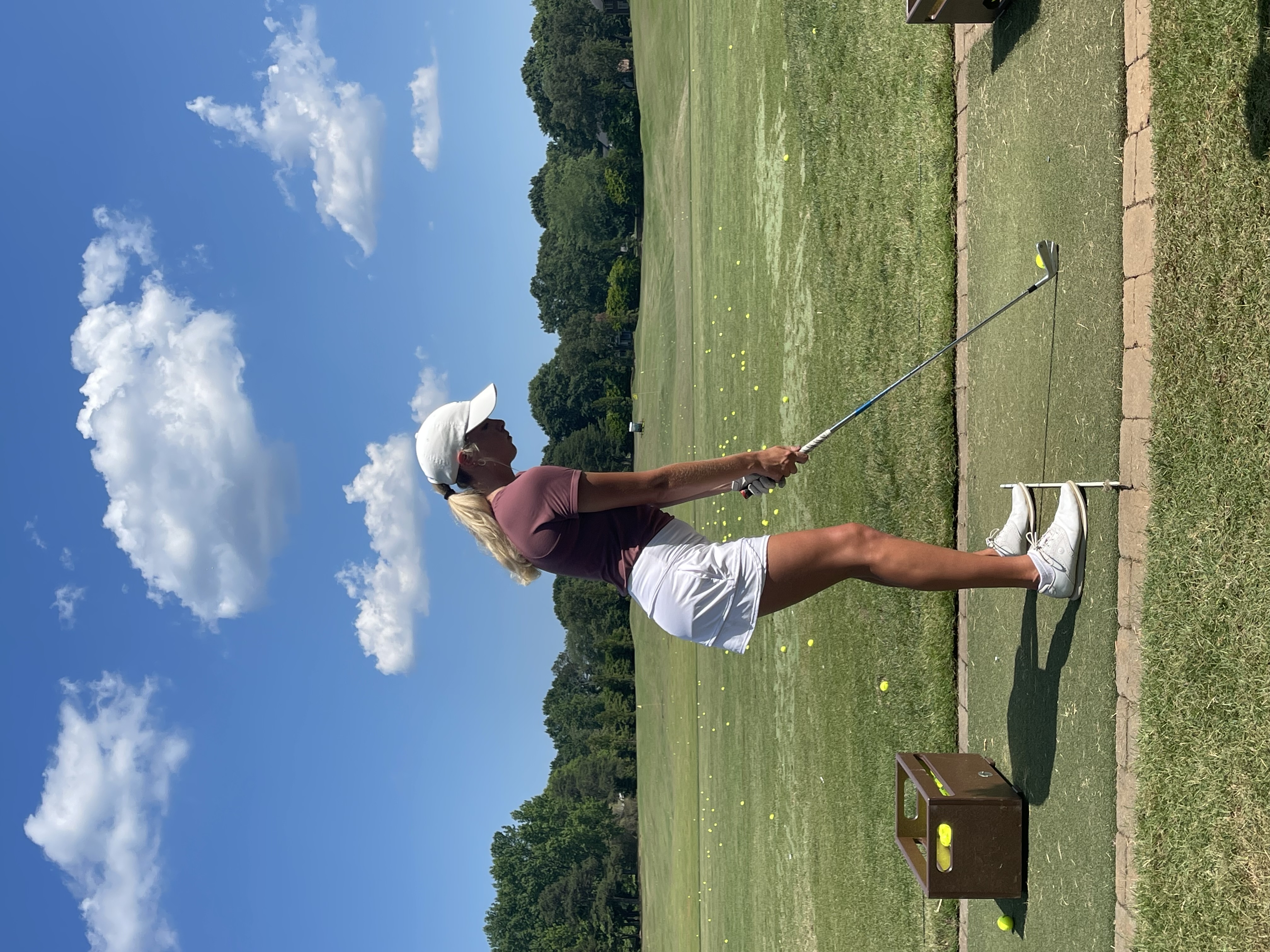 Golf clubs are all different lengths. So, does that mean we setup differently to the ball with them?

This student had begun to really improve her quality of strike with the irons once we got her setup [position to become more natural.

See Pic 1 how her arms are hanging naturally down without forcing them in too close to the body or extending them too far away from the body. If she didn't have a club in her hands this is very much exactly where her arms would hang and hands would sit if she dangled them down from this golf posture.

In Pic 2 once she had a wood in her hands her mind insisted to extend her arms farther away from the body in an effort to give her more room to swing the arms and club.

In doing so her arms became farther away from her armpit sockets and she reached for the ball. This sometimes altered the swing motion of the club as her arms would drag inside slightly on the takeaway - as her arms again sought their natural orientation- and she then had to move the club and arms back out again on the downswing (among a few compensations that can occur from this) to try and strike the ball squarely.

Now look closely t the stick on the ground for the feet alignment. I made her stand with her toe line right up to the stick and all I did was move the ball farther away from her at address with the 3 wood than she had it with the 7 iron.

We can now see her hands are again hanging right under her clin and neck at address. When reaching for the ball her hands reached out almost out to the bill of her cap.

Now her arms could swing up and down on the same path in relation to her body as her setup became a natural placement of the hands to the body.

How can we check we are the correct distance away each and every time. See pic 4

In general if you can place the right hand in between the end of the grip (finger tips touching) and the belt buckle (palm touching) the your arms are hanging down just as our bodies intended them to do. Use this as a simple checkpoint until it becomes a normal occurrence.